203 children from schools in Bristol and South Gloucestershire took part in Hope’s Place courses during the academic year 2017/18, 126 girls and 77 boys.

We measure our impact by a questionnaire filled in by each pupil at the start and end of the course. It was developed for work with girls, but over the past two years we have also adapted the system for use with boys. Statistical analysis on the results shows an increase in the average scores per question on a ten-point scale, of 0.8 for girls and 0.5 for boys.  Taking into account the numbers of questions and children, these are statistically significant results, showing the positive impact of our courses.

More than through figures, though, the impact of our work is effectively communicated in the comments made by pupils:

and by teachers who have watched on: 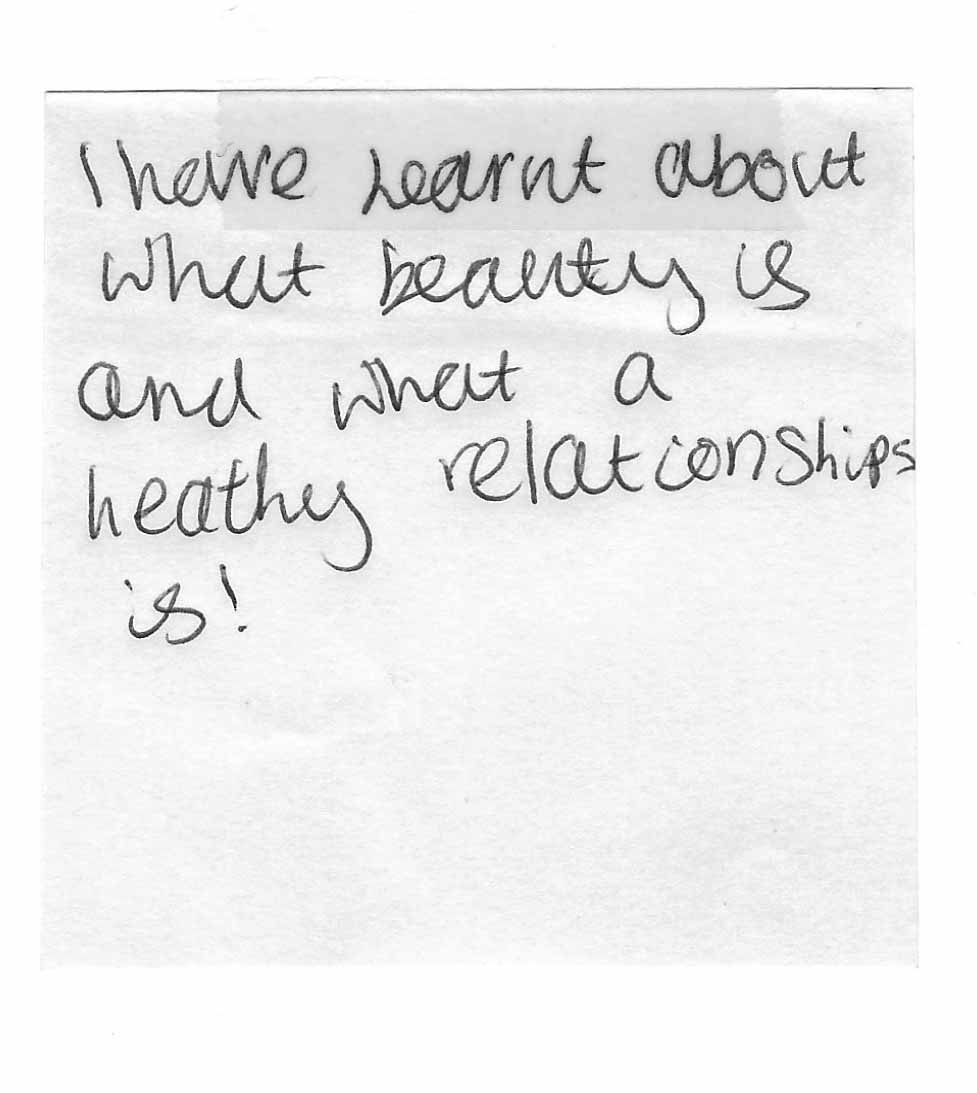